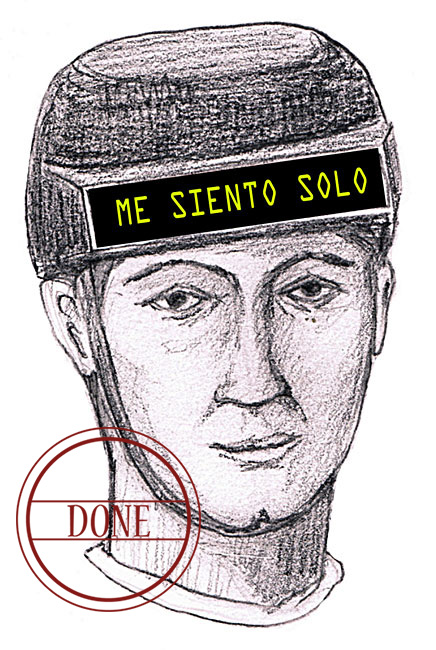 Video action consisting in the edition of filmed material related to the following action. Volunteers will be sought who are willing to take part in the project that has two quite different parts. In the first part the individuals are asked to fill in a form about their opinions about different personal and social aspects. Those questions intend to reveal truths related with their intimacy and could be considered private. A list will be made with statements elaborated from the answers, statements which will be confirmed by the individuals as their own. The second part of the project consists in the design of a helmet with an LED device in the front part in which, like a teleprompter, the sentences stated by the individual will appear. The individuals will wear the helmet during several days and the reactions of people they meet will be filmed.